Chyme is concerned with the visceral experience of losing a sense of separation between oneself and everything else. It consists of a CD with four tracks composed and performed by Carol Genetti, paired with four screen-printed “listening scores” by Gwyneth Zeleny Anderson.

Genetti's pieces act as an evisceration of sound from the body, blurring the edge between her individuality and the environment around her. Yet instead of disembodying the voice completely, she reembodies it, as the sound waves are poured into other bodies –– tubes and piano housing — to mix and create a different type of extended voice. These sounds are then processed through electronic postproduction studio techniques, resulting in immersive shifting layers of sound textures that nonetheless retain the ineradicable grain of her voice.

Rather than a composition for generating sounds, Anderson's listening scores provide a visual framework for perceiving Genetti's compositions: screen printed marks and text prompt the listener to engage with the audio in different sensory and conceptual ways, leading them through the confusion and emotional violence of a relationship with unclear boundaries. Layers of color shift and lose alignment along a trajectory marked in time code as the intricately folded scores emulate the folds of the small intestines.

Anderson’s combination of vibrant colors and text cues prod you out of passive listening and into a vocal / visual interaction with the sounds, which are by turns eerily beautiful and absolutely hackle raising. You will not encounter another record like Chyme. - Bill Meyer, Dusted Magazine, March 2019

Released on the label Suppedaneum. 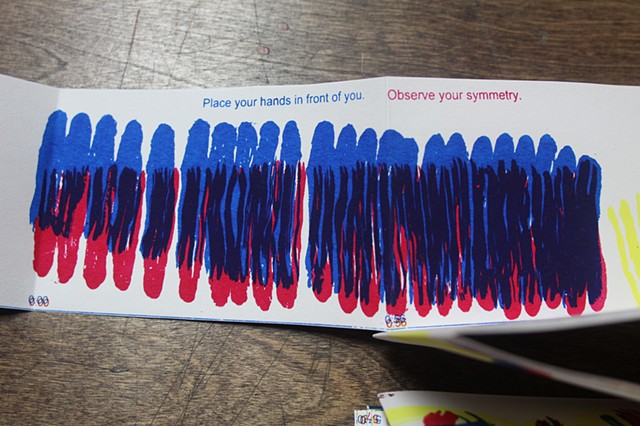 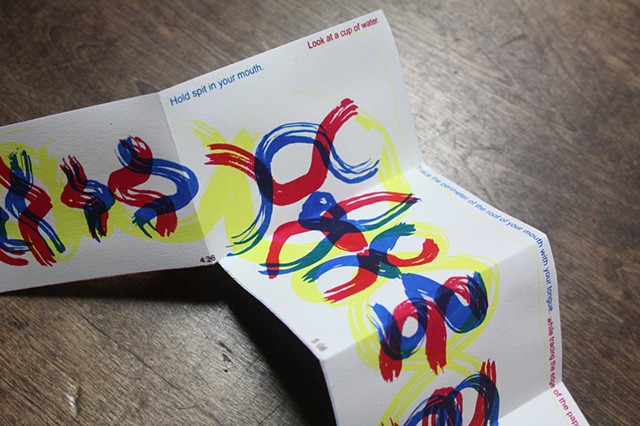 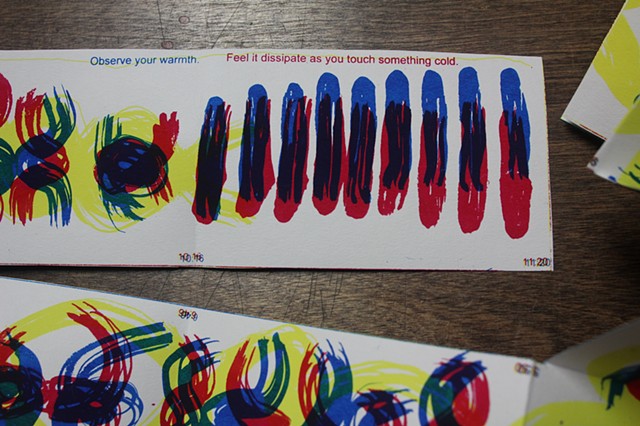 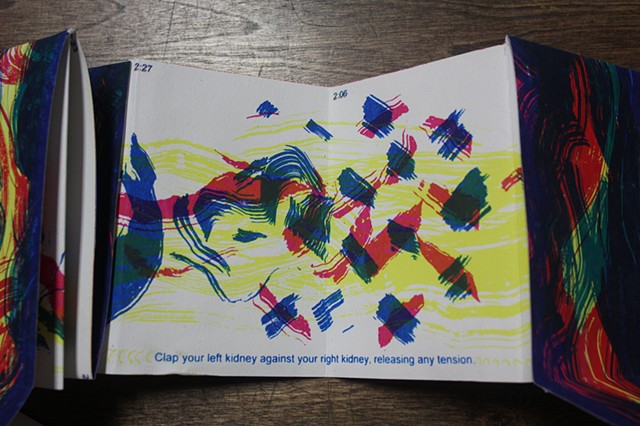 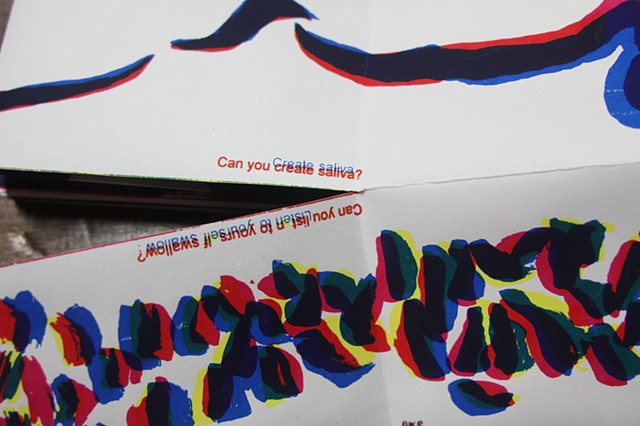 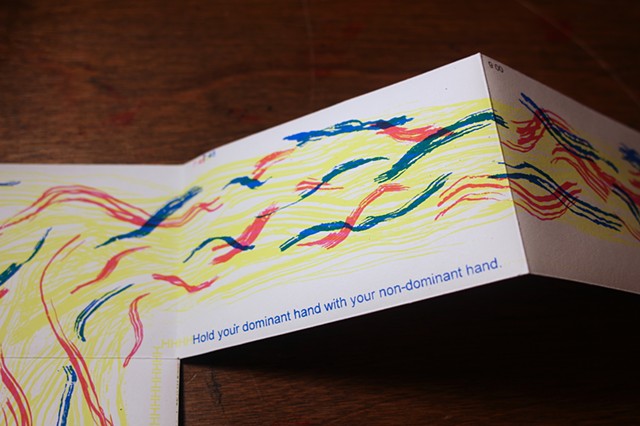 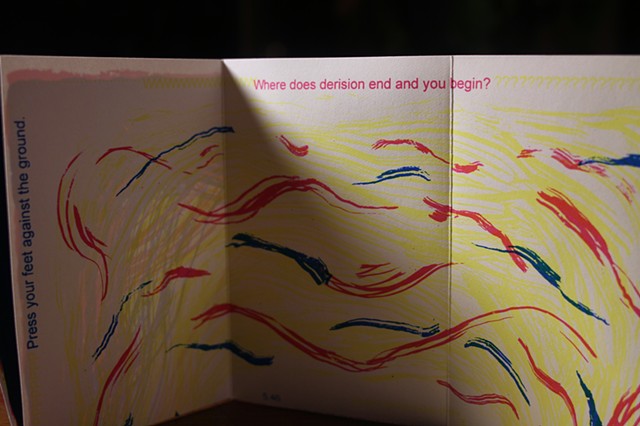 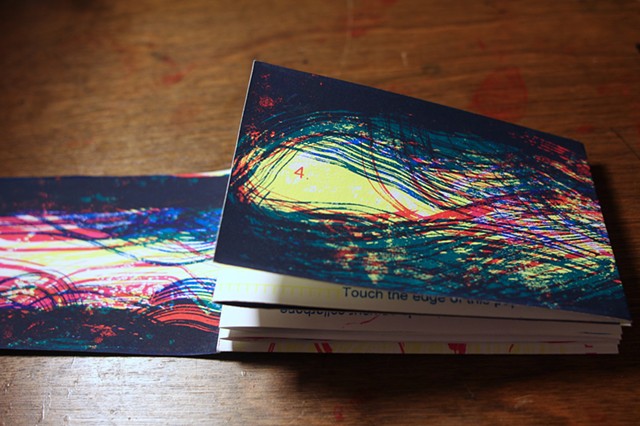 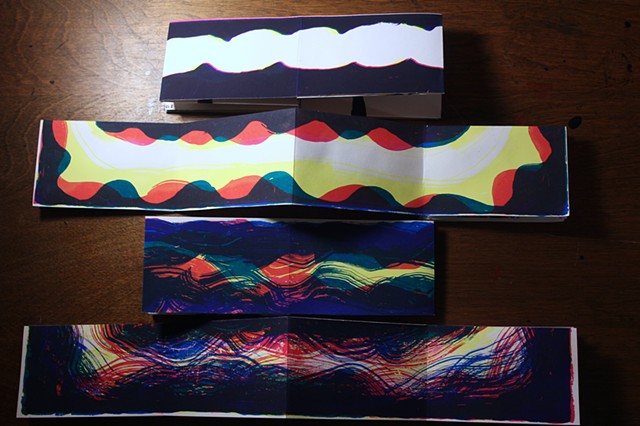 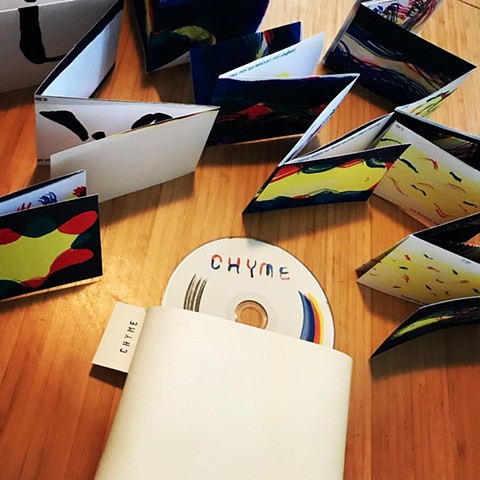