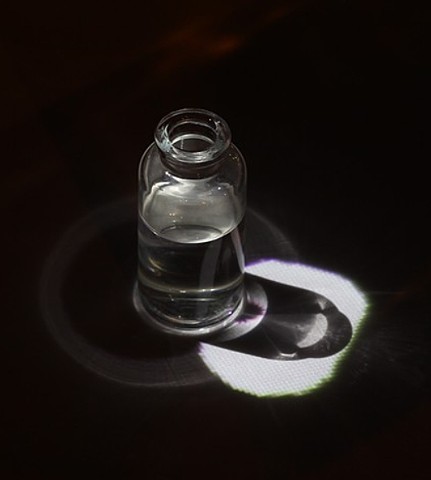 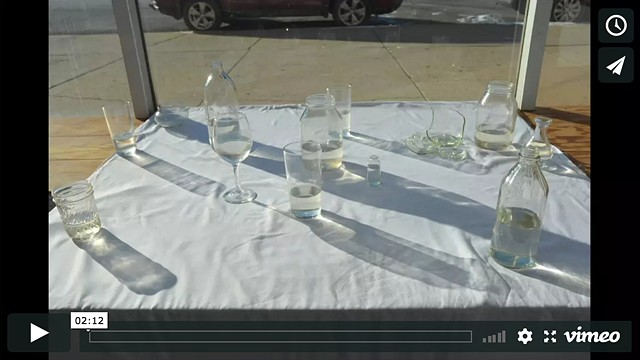 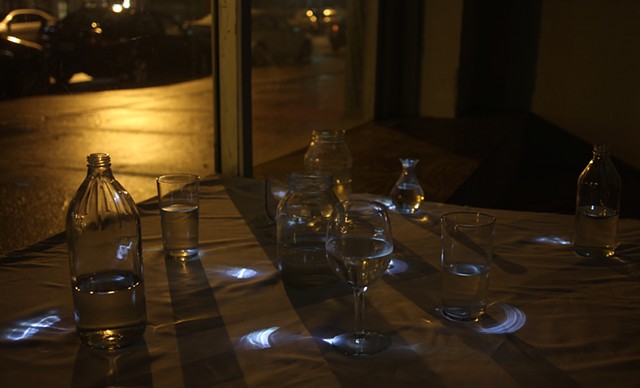 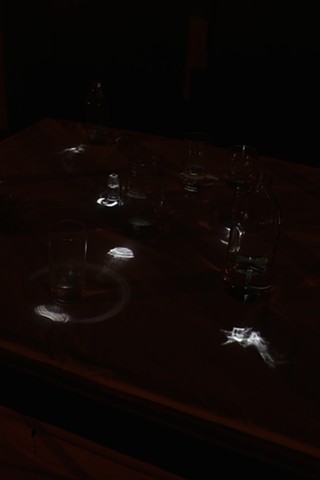 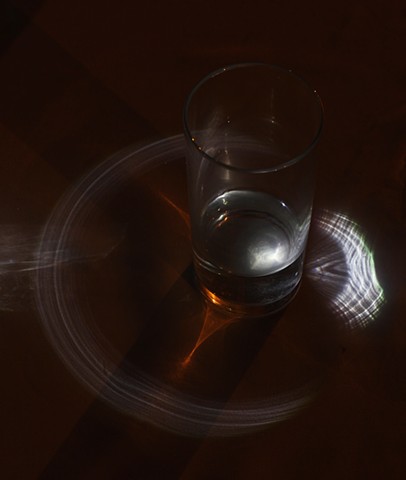 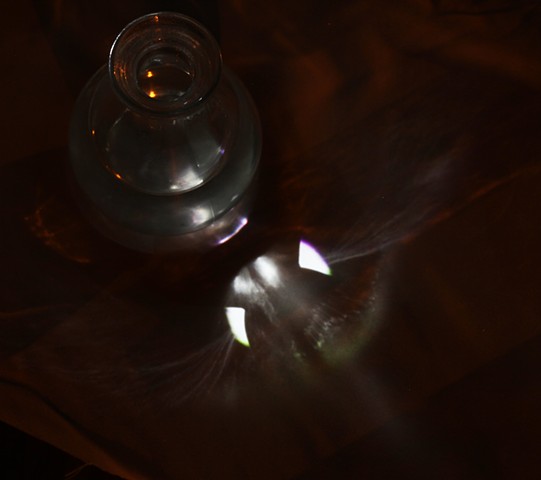 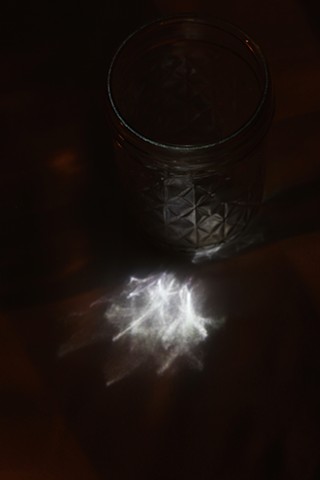 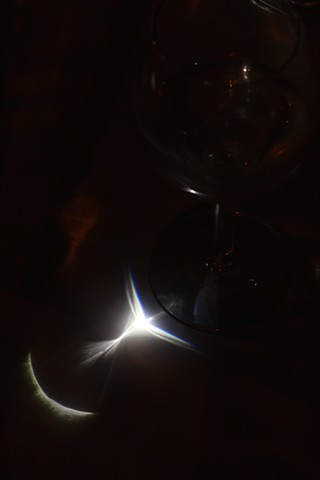 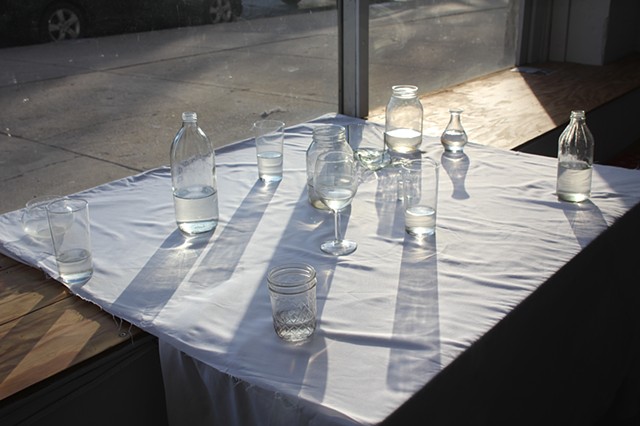 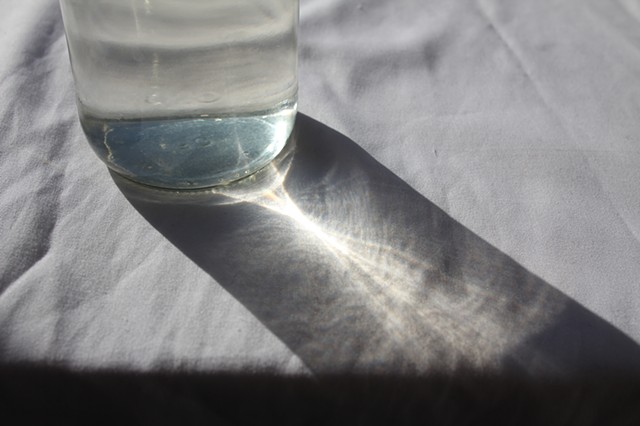 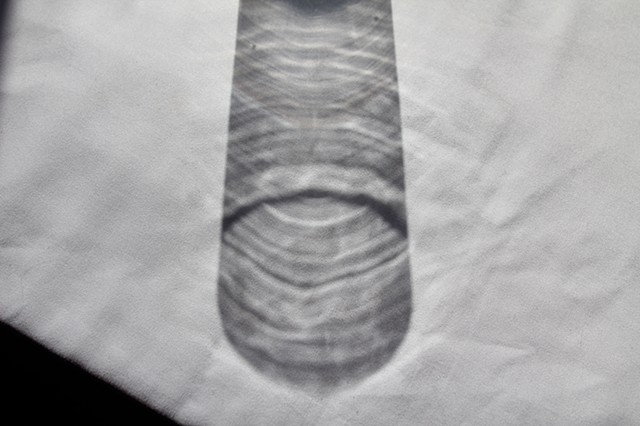 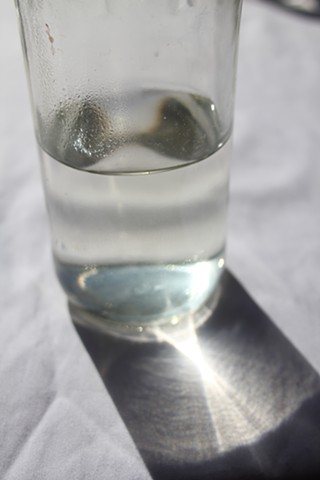 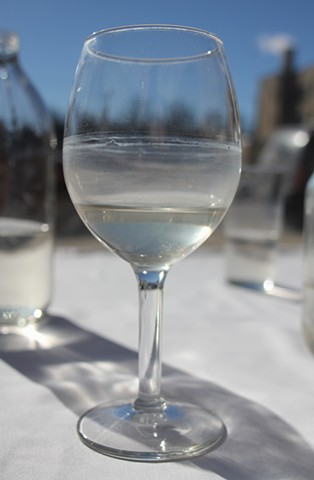 A2O (ache to owe) honors the subtle and slow ways water is animated. The water is from a heap of snow, collected after the first snowfall of the 2015/2016 winter in Chicago. During the day, a speaker underneath the table sporadically plays loud sounds of falling objects, the vibrations subtly animating refractions of light. At night, an animated projection moves through the water.

All images from its installation in Wild is the Wind, Roman Susan, Chicago, IL