More things inside > Quite 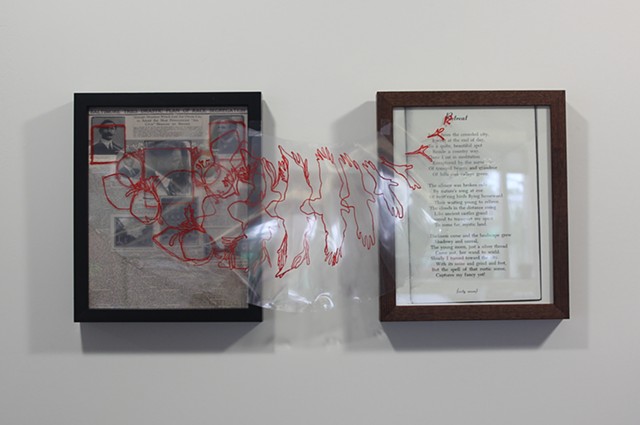 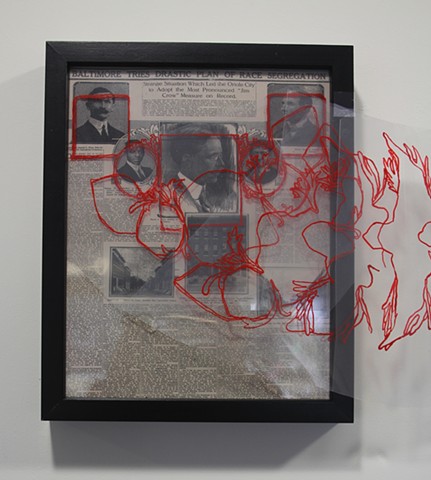 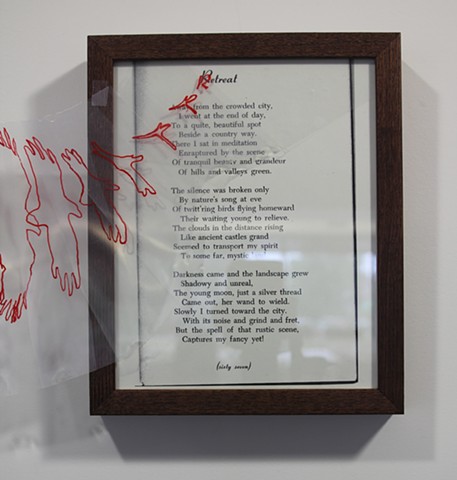 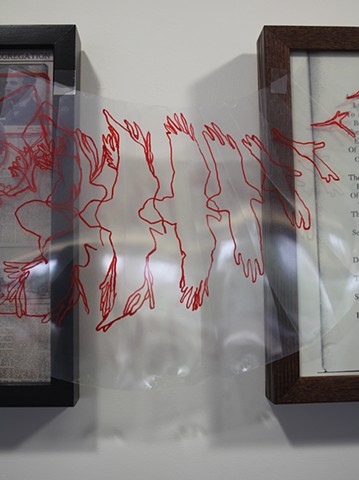 A New York Times article from 1910 describes Baltimore, Maryland adopting strict laws of segregation in housing after a Black man moves into a predominantly white neighborhood. The borders which contain the portraits of the man and various lawyers morph with red lines into a bird, then the letter "R" in "Retreat", a poem about escape from the city to the countryside.

The poem was written by my great-grandmother Mabel. She lived in Roland Park, a neighborhood in Baltimore. Jim Crow laws, like the one described in the article on the left, helped facilitate the creation of Roland Park: it was initially built as a whites-only, lushly forested suburb, and very likely the scene of this poem. Her love of a bucolic lifestyle was connected to the trauma of Black people, and probably invisible to her at the time.